← more from
Trepanation Recordings
Get fresh music recommendations delivered to your inbox every Friday. 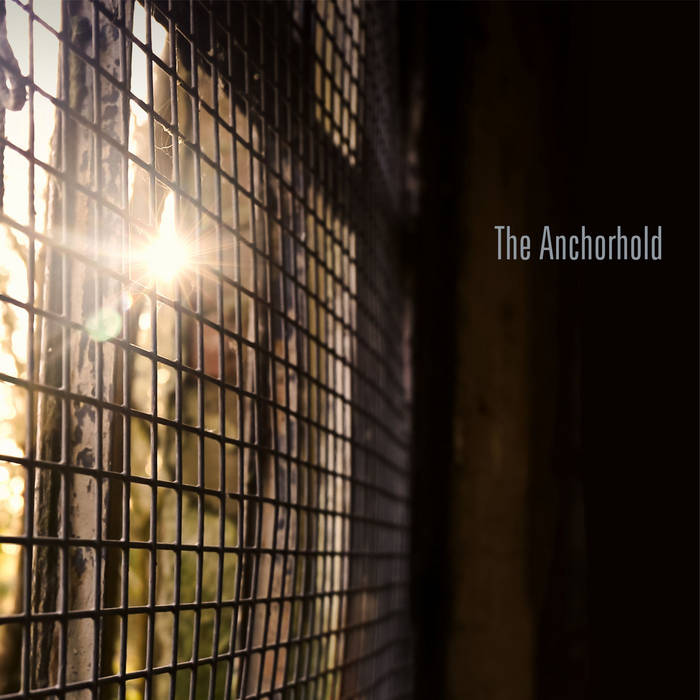 "A complex and imaginative release" - GBHL
"An album that seeks to get into your mind, digging here and there to carry a concrete message" - Apuesto Al Rock

“I am alone with the dust, the spiders and God. I stand between three rays of light and watch as they move slowly, silently across the stone, motes of my dead skin dancing in their beams. I can touch the horizons of my world, my North and South, my East and West. I hear other worlds turning, tumbling by beyond the walls and I am surrounded by my prayers. My lips never stop moving in constant supplication and sometimes I fancy I can hear the voices of angels mixing with my penitent whispers. Although perhaps it’s just the spiders, praying with me too...”

Born from and within the challenges, frustrations and isolation of lockdown, The Anchorhold is the new album from Phil Stiles and the direct follow up to The Anchorite EP (2020). It is a release, an outpouring, a window onto the world that reflects on the past and dreams of the future. It is loneliness and connection, uniquely personal and universally relatable, the sound of these strange and difficult times.

Keenly feeling the absence of musical community, Phil reached out to fellow musicians, sending messages out into the ether , inviting kindred spirits to join him on The Anchorhold project. Slowly but surely, a breathtaking array of contributions began to arrive back, like gifts slipped between the cracks in a prison wall. Phil had written each piece of music with his unseen ghost contributors in mind, but was still thrilled and surprised by the way the songs had been transformed; from Kyle Brandt (A Light Within, Molitoth)’s stunning vocal and lyrical contributions on ‘C21H22N2O2’, to the fierce, unpredictable layers of sound applied by The Medea Project to ‘Reflections From An Echo Chamber’. Guitarist Richard Allsopp (A Distorted Utopia, Monachopsis) contributed to two tracks – joining bassist Roger Morter (Pornographic Sunset) for ‘It Follows Me’, and Hats Off Gentlemen It’s Adequate four string maestro Mark Gatland on ‘I’m Not Done Yet’. For ‘Sleep Take Me’ Phil reconnected with Tomek Wolski, with whom he played in Polish progressive outfit Metanoia while Celtic Bluesman, Matt Steady, made an invaluable contribution to ‘The Wanderer’. In addition, Phil kept the surprisingly tranquil ‘Dance Fucker’ and the shifting moods of ‘End This Way’ to himself. The vast variety of sounds were drawn together by Phil’s mixing and the mastering skills of James Plotkin (Merzbow, Khanate, ISIS etc).

As with all his work, as part of Final Coil or for his solo projects, Phil’s lyrics are challenging and thought provoking and play a huge role in making The Anchorhold such an absorbing and rewarding listening experience. Here he explains his vision for this remarkable album...

“An Anchorhold was the place in which an Anchorite, a religious recluse who has withdrawn completely from the world to focus only on prayer, was traditionally placed – some even being walled in. The Anchorhold has tiny windows on the world, through which The Anchorite could look, but into which the public were not allowed to see and it seemed a perfect allegory to the lockdown world. And, in that light the album concerns itself with observations of lockdown life. While ‘I’m Not Done Yet’ is a fairly straight forward statement of having more to say as an artist despite being compelled to remain out of sight; the dense, claustrophobic ‘End This Way’ is based on ‘1666: Plague, War and Hellfire’, by Rebecca Rideal. In the book, an incident is recounted in which plague sufferers who, locked in their houses, would open the shutters to spit or exhale on passers-by in order to infect them. It was so scarily similar to some of the behaviour witnessed during the pandemic, and it led to a track in which I tried to contemplate the mindset of someone so twisted they would wish infection on others. Given a free hand lyrically, both The Medea Project and Kyle Brandt tapped into themes of techno-slavery and the way we have become subservient to devices (a feeling increasingly exacerbated by the endless Zoom meetings of the last year) and they really brought something of emotional depth to the table in terms of their lyrics and performances. Finally, Sleep Takes Me is a hymn to the insomnia that greeted a number of people as the months in lockdown wore on. Exhausted, but seemingly unable to rest, a number of people found themselves reliving their lives in their own heads during the dark hours of the night.”

Enfolded in the evocative artwork and photography of Jola Stiles The Anchorhold is a wonderfully complete entity, but also one that is rife with future possibilities. It is a stunning exploration of our inner and outer worlds during a time of fear, loss and confusion and also a doorway to a place of sanctuary. To be released on September 17th on cassette and CD by Trepanation, this is an album to be cherished and treasured, a companion on this ongoing journey.

Hailing from Leicester, Phil Stiles is the singer and guitarist for alt/prog rockers Final Coil. His solo work infuses the somnolent beats of Massive Attack with lo-fi, post-rock guitar noise reminiscent of Swans, Jesu and Mogwai.

Bandcamp Daily  your guide to the world of Bandcamp

Kari Faux drops off her deluxe album 'Lowkey Superstar' plus tunes by Shunaji and Samplelov.